Music Quote of the Day #5 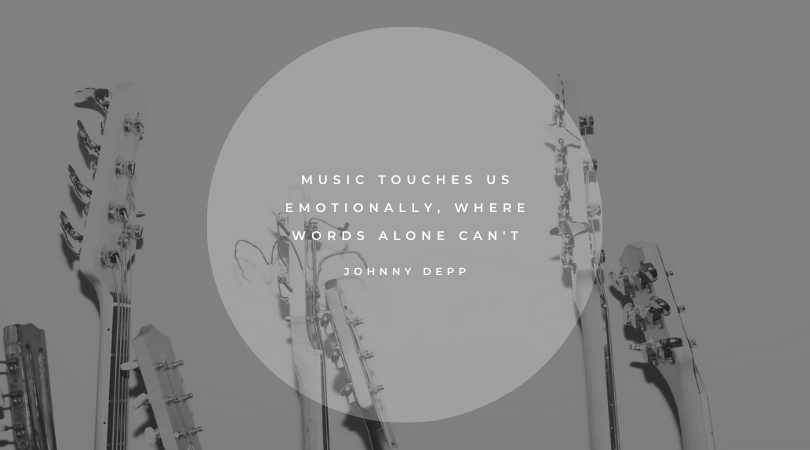 At Radiopark we think that music is wonderful. For this reason, we would like to send you a quote every week from well-known musicians, authors, actors and much more that express the power and effect that music has on us and our mood.

Our today’s post is by Johnny Depp, an American actor and producer – and possible THE most famous pirate 😉 He even is regarded as one of the world’s biggest film stars.

However, Johnny Depp often combines acting with music. He likes to play and sing in musical films like Sweeny Todd or Into the Woods.

Additionally he works as a rock musician. He has performed in numerous musical groups, including forming the rock group Hollywood Vampires along with Alice Cooper and Joe Perry.

Here you can see him performing with the famous guitarist Jeff Beck: