Music Quote of the Day #7 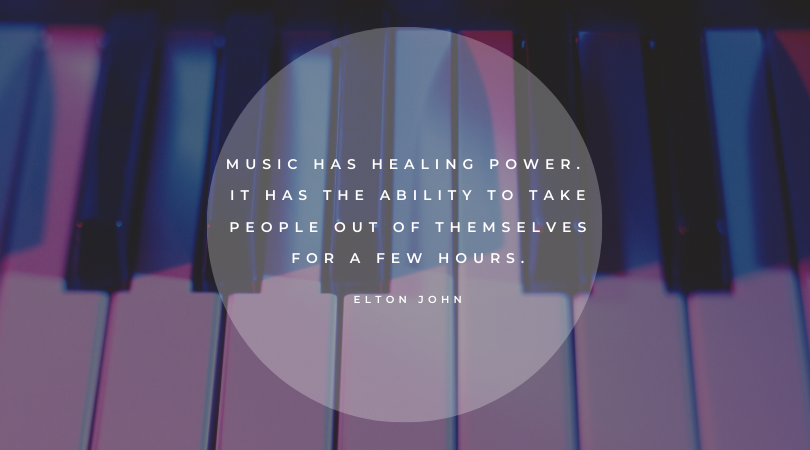 At Radiopark we think that music is wonderful. For this reason, we would like to send you a quote every week from well-known musicians, authors, actors and much more that express the power and effect that music has on us and our mood.

Our today’s quote is from Sir Elton John, an English singer, songwriter, pianist, and composer – and one of the best-selling music artists!

He has received five Grammy Awards, five Brit Awards, two Academy Awards, two Golden Globe Awards, a Tony Award, a Disney Legends award, and the Kennedy Center Honor. And that’s by far not the end of the list of honors and awards.

In addition to his exceptional career as a musician , Elton John established the Elton John AIDS Foundation to fight AIDS.

Openly gay himself and same-sex married, the colorful musician, who is also known for his flashy sunglasses and outfits, is campaigning for equal rights.

Here you can hear one of his most successful songs: